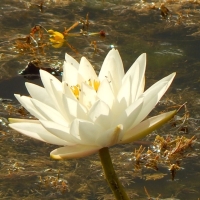 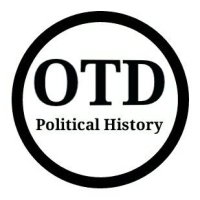 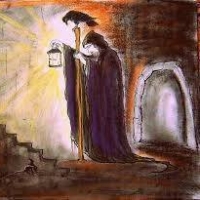 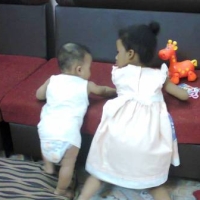 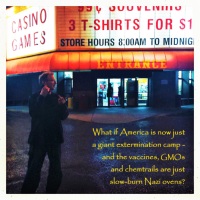 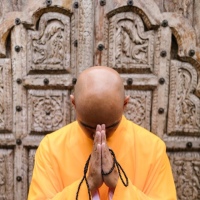 Aaron Alexis carved bizarre phrases on the stock of his shotgun before he killed 12 people at the Washington Navy Yard on Monday, and investigators are hoping the words provide clues to what prompted the shooting, two law enforcement officials said.
The phrases were “Better off this way” and “My ELF weapon,” according to the officials, who spoke on condition of anonymity because the investigation is ongoing.

The officials cautioned they do not yet know what, if anything, Alexis meant in the etchings.

ELF generally stands for “extremely low frequency” and can refer to weather or communications efforts, among other things.

Alexis, who was battling mental health issues, told police in Rhode Island in August that he was hearing voices of three people who had been sent to follow him and keep him awake and were using “some sort of microwave machine” to send vibrations into his body, preventing him from falling asleep, according to police reports.

The law enforcement officials said they do not know whether he was referring to those vibrations in his carvings.

The Navy has used extremely low frequencies in several capacities, including a joint effort with the Air Force on the High Frequency Active Auroral Research Program (HAARP). HAARP is often cited by conspiracy theorists.

The new details came as federal officials continued to wrestle with shortcomings in the military background check system that allowed Alexis access to military installations despite his self-described mental problems and a series of interactions with law enforcement.

Defense Secretary Chuck Hagel said Wednesday that “obviously there were a lot of red flags” — and legitimate questions about “why they didn’t get picked up.”

Police in Rhode Island said they had no reason to arrest Alexis, or to put him under observation, after he told them about the voices.

They said such run-ins are a common occurrence.

But Lt. William Fitzgerald, of the Newport, R.I., police, said his department faxed its report to the local naval police station, where an official pledged to follow up.

A spokesman at Naval Station Newport declined to say whether military police did so.

“This will be part of the mix here,” Hagel said, adding that officials will be seeking answers to questions about “how we could have brought those kinds of reports into the clearance process.”

Hagel said the Pentagon is launching reviews on the granting and renewing of security clearances and on access procedures at military facilities.

An independent panel will also tackle those issues. The Navy is doing its own examination.

“Obviously, something went wrong,” Hagel said. “We will review everything.”

Alexis sought treatment at a VA medical facility in Providence, R.I., on Aug. 23 and in Washington on Aug. 28, according to a VA memorandum delivered Wednesday afternoon to congressional committees.

“On both occasions, Mr. Alexis was alert and oriented, and was asked by VA doctors if he was struggling with anxiety or depression, or had thoughts about harming himself or others, which he denied,” said the memo, a copy of which has been obtained by The Washington Post.

The memo, the VA’s first account of its interactions with Alexis, was sent in response to requests for information by the House and Senate veterans affairs committees.
Alexis never sought an appointment with VA mental health specialists, according to the memo, which cited departmental records.

He either canceled or did not show up for primary care appointments, the memo added.

During his visit Aug. 23 to the VA Medical Center in Providence, Alexis was given a small amount of a sleep medication and instructed to follow up with a primary care provider, the memo said.

Alexis showed up at the emergency room at the VA Medical Center in Washington five days later to request a refill, complaining of insomnia that he attributed to his work schedule, according to the memo.

Two law enforcement officials said the facility in Providence gave Alexis the antidepressant Trazodone, which is also used to treat anxiety and insomnia.
The VA facility in the District gave him a refill, the officials said.

Alexis was enrolled in the VA health-care system in February 2011.

He filed a disability compensation claim with the VA and in December 2011 was granted a 20 percent disability rating for “orthopedic issues,” according to the VA.

A year later, the rating was increased to 30 percent, and an additional 10 percent was granted for tinnitus, a condition that involves ringing in the ear. Alexis was receiving $395 a month based on the disability rating, according to the VA.

A letter sent by Rep. Jeff Miller (R-Fla.) to Veterans Affairs Secretary Eric K. Shinseki says that all documents, including work or personal e-mails, calendars and schedules of employees, “touching in any way to Aaron Alexis” should be turned over to the committee as soon as possible.
“To be clear, no such records shall be destroyed, modified, altered, deleted, removed, relocated or otherwise negligently or intentionally handled so as to make them inaccessible to the Committee,” the letter states.

A top Navy official also addressed questions about the military’s beleaguered background check system. Adm. Jonathan W. Greenert, who serves as chief of naval operations and was evacuated from his Navy Yard residence shortly after shots were fired in Monday’s deadly rampage, told a congressional hearing on sequestration Wednesday that any vulnerabilities that may exist in security procedures are unrelated to cost-control measures cited in a recent Defense Department Inspector General’s report.
“We don’t cut budgetary corners for security,” Greenert told lawmakers.

“We lost shipmates on Monday,” Greenert said, adding that he expects a “rapid review” of “security procedures and access controls” to be completed within two weeks.

Hagel and Gen. Martin Dempsey, chairman of the Joint Chiefs of Staff, declined to weigh in on broader questions of gun violence, saying domestic policy is not their job.

“Gun violence is an issue.

It is tragic,” Hagel said.

“The president wants to mourn the loss of these innocent victims and share in the nation’s pain in the aftermath of another senseless mass shooting,” press secretary Jay Carney told reporters Wednesday.

Meanwhile, in New York, Alexis’s mother expressed sorrow Wednesday for her son’s carnage.
“Our son Aaron Alexis has murdered twelve people and wounded several others. His actions have had a profound and everlasting effect on the family of these victims,” Cathleen Alexis said in a statement read by a Brooklyn pastor.

“I don’t know why he did what he did and I’ll never be able to ask him why.

Aaron is in a place where he can no longer do harm to anyone.

For that I am glad.

To the families of the victims, I am so very sorry that this happened. My heart is broken.”

A New York neighbor of Alexis’s relatives indicated that the family had been estranged from Alexis in recent years.

Ryan Stoner, a 33-year-old tattoo artist, lives in the apartment below Alexis’s mother, her two daughters, son-in-law and grandson.

The family moved in about a year ago, he said.

They mostly kept to themselves, but after a recent visit by the FBI, the two sisters came downstairs to talk.

They said they had not talked to their brother in years and that he had never visited the Bedford-Stuyvesant home they had lived in for the past year.

When Aaron’s sister, Naomi Alexis, got married, he was not at her wedding.

Her husband, Anthony Little, had never met him, Stoner said.

They said the FBI had asked them the same questions over and over, questions they couldn’t answer.

“He was just estranged from the family,” Little told Stoner.

The superintendent of the building had told Stoner that when Cathleen Alexis first moved in, she mentioned having daughters but not a son.

Late Monday night, Stoner heard music coming from Cathleen Alexis’s bedroom, a bluesy record of a woman singing, along with sobbing. The next morning, his girlfriend asked Alexis if she was all right. “I don’t know,” she said.

Alexis, a nurse, learned of the shooting at work, Stoner said Little had told him. Co-workers recognized the name on the television screen and pointed it out to her, and she then saw her son’s face.

Stoner described Cathleen Alexis as “a stone wall” who did not speak much to her neighbors.

They had clashed a bit over noise; she once complained to their landlord about marijuana smoke coming from his apartment.

She was always tired.”