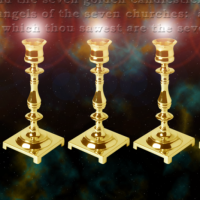 This is a 2016 Edit: Anyone doing a google search on Alberto Rivera will see the wikipedia entry for him at the very top of the search results so I’d like to address those lies here and now.

There have been a few gatekeepers who only allow harmful lies about Alberto to be written on that page.

These same gatekeepers keep all the true information about Alberto Rivera out.

Wikipedia will always be a compromised news source for this reason.

There are many Catholic-apologist-trolls on many wikipedia pages cutting truthful information out about Rome and adding lies and using sources that are not valid.

New Page I created proving what I am saying with screenshots.

Here is a graphic I created showing Christianity Today (which carried the Gary Metz article everyone points to to “prove” Alberto Rivera a fraud) being used as a platform to attack Keith Green who wrote the devastating expose’ on Roman Catholicism called “Catholic Chronicles”.

American intelligence officer/ CIA Officer E. Howard Hunt states, “We have always said, you know, in an admiring way that the Jesuits form the greatest intelligence agency in the world, and always have.”

(This is what Alberto was up against!)

Christianity Today (founded by Billy Graham) published an article by a man named Gary Metz who called Alberto Rivera a fraud. I bought the issue and read it myself.

The article was mainly “he said, she said”. Not one document proving Alberto Rivera is a fraud.

Also please look at a brief write-up I did on this mysterious man named Gary Metz, aka “Doctorzin” who I believe is possibly a low level CIA agent.

The Vatican and the Jesuits have denied that Alberto was ever a Jesuit priest.

They did the same thing to Ex-Catholic Priest Bernard Fresenborg.

It is alleged that he too was murdered by the Jesuit Order.

They also denied Sister Agatha was a Nun. This is what she said of her experience with persecution from the Catholic cult after she left it:

“Sycophants, masking themselves behind the veil of editorial secrecy, have launched their barbed weapons, seeking to carry my fortress.” (Sounds just like the kind of people who have attacked Alberto Rivera!)

The Catholic Cult Always try to deny their history!

Alberto Rivera’s cause of death is allegedly listed on his death certificate as colin cancer. If you automatically believe that means Alberto wasn’t assassinated you should maybe read, “CIA Targeted Assassinations by Induced Heart Attack and Cancer”

Video Title: “The Secrets of the Jesuits” A very Rare Video (well it was rare when I first put it on youtube around 2006.

Since then many have copied it and put it on their youtube channels) of James (Jim) Arrabito interviewing Dr. Alberto Rivera. (Both Died under very suspicious circumstances. I believe its very probable they were both assassinated, along with Keith Green.)

Statement by his wife

My statement in response to her’s is, God can protect but he allows His servants to be martyred also.

God allowed everyone from Abel through the New Testament and beyond (Read THE ORIGINAL Foxe’s Book of Martyrs for instance.) be martyred

The report she received could have been false. They know how to make someone’s death look like an accident. I believe they did the same thing with Keith Green.

What are the odds that these two men both died in plane crashes? Along with JFK JR, Senator Wellstone, Beverly Eckert.

And how many others have been murdered in this method? Buddy Holly, Stevie Ray Vaughan, Lynyrd Skynyrd (just off the top of my head)?.

I believe he was martyred for his work exposing the Whore of Revelation 17 and 18 (i.e. the Jesuits and Vatican).

Keith Green also died in a plane crash, in 1982. At the time Keith Green was issuing a devastating exposé on Rome through his Catholic Chronicles tract

No Jesuit can leave his order alive! He reveals the infiltration of Protestant organizations, and warns of false “brethren” in our midst.

“…the Vatican planned the infamous Jonestown massacre in Guyana in 1978.

Jim Jones was a Jesuit under that secret oath with instructions from Rome to commit mass murder in order to discredit Christian camps.” ~More

3rd: “The Godfathers” Part III of Alberto Rivera’s testimony. Here’s how the Roman Catholic Institution, as the “Mother of Abominations” (Rev. 17), caused many wars.

This is the book the Catholic press is afraid to mention. If you are a Catholic, or have Catholic friends or loved ones, this story is for you.

Alberto Series Part 3
4th: “The Force” This comic reveals how the Vatican is using its occult force to deceive millions. It’s the “habitation of devils” described in Rev. 18:2

Learn how the papacy helped start Islam, only to have this new daughter rebel against her.

The Prophet – By Alberto Rivera

Proof that Dr. Alberto Rivera was indeed
an Ex-Jesuit Priest:

His Spanish-Jesuit I. D.
Photobucket – Video and Image Hosting
This I. D. card was issued by the Spanish government in Spain in 1967, under the rule of the Spanish dictator Franco.

His security forces were equally as strict as the Gestapo had been in Germany.

To obtain this document, Alberto had to supply birth certificate, identification papers and positive proof from his archdiocese of being a priest.

Several security organizations were involved, similar to our CIA and FBI.

The priest, Alberto Rivera, had to be approved by all of these organizations to receive this document. There was no way it could have been a forgery.

There is no question he was a priest. What you see here is positive proof.

This document was granted by a government that had pledged absolute submission to the pope through the concordat signed by the government of Spain and the Vatican. (Quote by Jack Chick’s Book “Smokescreens”)

1. Here is the letter that Alberto received from the Archbishop of Madrid-Alcala stating that Alberto was a priest in that archdiocese, and giving him permission to travel broad on church business.

2. Was Alberto Really Who He Claimed To Be?

Another Excellent Book
Is Alberto For Real?
Book Cover

The Assassination of Alberto Rivera

We want to inform you that June 20, 1997 the beloved brother in the Lord Alberto Rivera was poisoned, and the church of the Savior lost another saint in the hands of criminals.

Alberto was killed in his own congregation by people He knew.

These people disguised themselves as saints of the Most High and played the role of saints, with the purpose to kill and destroy Bible believing saints.

He was poisoned four years ago and was supposed to die right away.

But it was a miracle he lived for four years.

The Lord wanted him to go around the world.”

Alberto told Jack that the guy who poisoned him was an old friend who he thought had also left the church.

He visited the US, insisted on making dinner for Alberto, but then Alberto became deathly ill and had to be rushed to the hospital to have his stomach pumped.

When he got back, his old friend was gone without any note, never to be heard from again.

Alberto had previously claimed the Jesuits had poisons that made people die of Cancer and thus, look like natural causes.)

It was either an unlucky coincidence or grim prophecy that his own death seemed to follow the same M.O.

The Following is a reply I received in response to my posting information on Alberto’s “poisoning”:

Research “Cancer Causing Retro Viruses” – the AIDS viruses were manufactured via retro viruses supposedly and Alberto claimed that the Vatican used retro virus variations to poison people most likely by the description I read at your site now.

I read some amazing literature on them and did retro virus units in biology classes earlier in my life and its rather simple in theory – a virus injects its RNA into your DNA and then your ribosomes make what the virus RNA says to and your ribosomes can be programmed to make anything!

We make insulin this way. Or you can make MORE viruses this way.

Supposedly the CIA made AIDS, a tumor causing one retrovirus, and a third one when they merged with this research program in the 70’s and all three virus creations are called AIDS by the ignorant public.

The literature I read was on a myspace account but well researched, BUT it said that the government passed it to the public in Manhattan in 1980 first then Seattle and other locations through a fake research experiment asking for gay men to test a vaccine for Hepatitis.

This is definitely a worth researching one day when you have some free time.