In order to disperse public and political pressure on him and other robber-barons, Rockefeller uses a trick called “philanthropy”, whereby the illegal gains from his robber-practices in the oil business are used to launch the Rockefeller Foundation. This tax haven was used to strategically take over the health care sector in the U.S..

This was also the time when the first vitamins were discovered. It soon became clear however that these natural molecules had live-saving health benefits and that they were able to prevent many chronic health conditions. The first books appeared with research, subsequently abandoned, about the health benefits of vitamins. These newly discovered molecules had only one disadvantage: they were non-patentable.

Thus, in its first years of existence, the pharmaceutical investment business already faced a mortal threat: vitamins and other micronutrients promoted as public health programs would prohibit the development of any sizable investment business based on patented drugs. The elimination of this unwanted competition from natural micronutrients therefore became a question of life and death for the pharmaceutical business.

The Rockefeller Foundation uses the Spanish flu epidemic – and the media (that it already controlled by this time) – to start a witch-hunt on all forms of medicine that were not covered by its patents.

Within the next 15 years, all medical schools in the U.S., most hospitals and the American Medical Association all essentially became pawns on the chessboard of Rockefeller’s strategy to subjugate the entire health care sector under the monopoly of his pharmaceutical investment business.

On the other side of the Atlantic, in Germany, the first chemical / pharmaceutical cartel is founded in order to compete with Rockefeller’s quest for control of the global drug market. Lead by the German multinationals Bayer, BASF and Hoechst, the I.G. Farben cartel was founded with a total number of employees surpassing 80,000. The race for global control was on.

The Rockefeller cartel (U.S.A.) and the I.G. Farben cartel (Germany) decided to divide the entire globe into interest spheres – the very same crime Rockefeller had been sentenced for 18 years earlier, when his trust had divided up the U.S. into “interest zones”.
1932 / 33The I.G. Farben cartel, equally insatiable, decides no longer to be bound by the 1929 constraints. They support an uprising German politician, who promises I.G. Farben to militarily conquer the world for them. With millions of dollars in election campaign donations, this politician seized power in Germany, turned the German democracy into a dictatorship and kept his promise to launch his conquest war, a war that soon became known as WWII.In each and every country Hitler’s wehrmacht invaded, the first act was to rob the chemical, petrochemical and pharmaceutical industries and assign them – free of charge – to the I.G. Farben empire.
1942 – 45

In order to cement its global leadership with patented drugs, the I.G. Farben cartel tests its patented pharmaceutical substances on concentration camp inmates in Auschwitz, Dachau and many other sites. The fees for conducting these inhumane studies were transferred directly from the bank accounts of Bayer, Hoechst and BASF to the bank accounts of the SS, who operated the concentration camps.I.G. Farben’s plan to take control of the global oil and drug markets has failed. The U.S. and the other allied forces won WWII. Nevertheless, many U.S. and allied soldiers had lost their lives during the conflict, and the allies’ reward was little compared to the rewards of others. The corporate shares of the losers, I.G. Farben, went to the Rockefeller trust (U.S.A.) and Rothschild / J.P. Morgan (U.K.).In the Nuremberg war crimes tribunal, 24 managers from Bayer, BASF, Hoechst and other executives of the I.G. Farben cartel were tried for crimes against humanity. These crimes included: leading wars of aggression, instituting slavery and committing mass murder. In his final pleading, U.S.-Chief Prosecutor Telford Taylor summarized the crimes committed by these corporate criminals with the following words: “Without I.G. Farben, the second World War would not have been possible”. 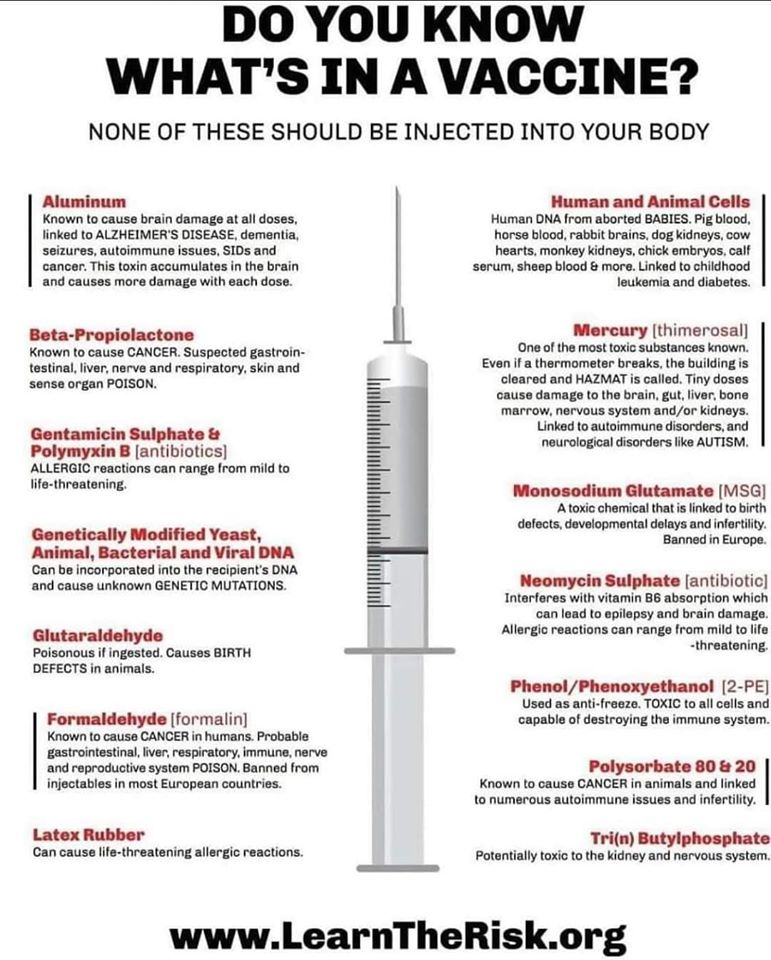 Amazingly, the real culprits for the death of 60 Million people in World War II – the I.G. Farben executives – received the mildest verdicts. Even those executives directly responsible for the crimes in I.G. Auschwitz only received a maximum of twelve years in jail. Surprised? You shouldn’t be.

By 1944 Nelson Rockefeller had already entered the executive branch of the U.S. government. He started off as Under-Secretary of State and ended up a few years later as Special Adviser of President Truman for Special Affairs. In other words, at critical junctures of the 20th century, the Rockefeller interests took direct charge. They decided the post war shape of the world and the distribution of its wealth.

As such, under the influence of the U.S. State Department, the verdicts in Nuremberg against the I.G. Farben managers can easily be explained. In return for taking over the corporate shares of I.G. Farben, and thereby global control of the oil and drug business, Nelson Rockefeller made sure that the real culprits of World War II were not hanged. In fact, and as we shall see, they were needed.

The Federal Republic of Germany was founded. This was the first time in history that the constitution and society of an industrialized nation could be planned and modeled as a fortress of the pharmaceutical investment business – a transatlantic outpost of the Rockefeller interests.

Within only a few years, the I.G. Farben managers sentenced in Nuremberg were released from jail and put back into their previous positions as stakeholders of the Rockefeller interests. Fritz Ter Meer, for example, sentenced to twelve years in jail for his crimes in Auschwitz, was back as chairman of the board of Germany’s largest pharmaceutical multinational, Bayer, by 1963!

The role of the Rockefeller brothers was not limited to their taking over the global monopolies of the oil and drug businesses. They also needed to create the political framework for these businesses to thrive. Under their influence, therefore, the United Nations was founded in 1945, in San Francisco. To seize political control of the post war world, three countries – leading drug export nations – had all the say, and 200 other nations were rendered mere spectators.Founded as organizations to allegedly serve the wellbeing of the people of the world, the UN’s subsidiary organizations, such as the World Health Organization (WHO) and World Trade Organization (WTO), soon turned out to be nothing more than the political arms of the global oil and drug interests.On behalf of the Rockefeller interests, the government of the pharmaceutical banana republic Germany spearheaded one of the most infamous efforts ever made within the United Nations. Under the pretense of consumer protection, it launched a four-decade-long crusade to outlaw vitamin therapies and other natural, non-patentable health approaches in all member countries of the United Nations. The goal was to simply ban any and all competition for the multi-billion dollar business with patented drugs. The plan was simple: copy for the entire world what had already been accomplished in America in the 1920s – a monopoly on health care for the investment business with patented drugs.

Since the marketplace for the pharmaceutical investment business depends upon the continued existence of diseases, the drugs it developed were not intended to prevent, cure or eradicate disease. Thus, the goal of the global strategy was to monopolize health for billions of people, with pills that nearly cover symptoms but hardly ever address the root cause of disease. The deprivation of billions of people from having access to life saving information about the health benefits of natural health approaches, whilst at the same time establishing a monopoly with largely ineffective and frequently toxic patented drugs, caused disease and death in genocidal proportions.

This epidemic of unnecessary disability and death by the pharmaceutical business with disease is unparalleled in history.

Linus Pauling and other eminent scientists deserve credit for having kept open the door of knowledge about the health benefits of vitamins and other effective natural health approaches. If it were not for them we would already be living in a health prison today, guarded by the gatekeepers of the pharmaceutical business with disease in medicine, politics and the media.

Linus Pauling should also be credited for having identified the significance of Dr. Rath’s early research in vitamins and cardiovascular disease, and for having invited Dr. Rath to join him during his last years to continue his life’s work.

These years will go down in history as the beginning of the end of the pharmaceutical business with disease. In a series of scientific publications, in some of which Dr. Rath invited Linus Pauling to join him as co-author, Dr. Rath identified micronutrient deficiency as the primary cause of diseases. These diseases include heart attacks, high blood pressure, diabetic circulatory problems, cancer and even immune deficiency diseases, including AIDS.Like a Sherlock Holmes of science, Dr. Rath traced the real cause of these diseases, and found that they had been deliberately nebulized or even hidden away from millions of people for one purpose only: to feed the insatiable greed of the pharmaceutical business with disease.added 14/9/2020
added 25/05/2020 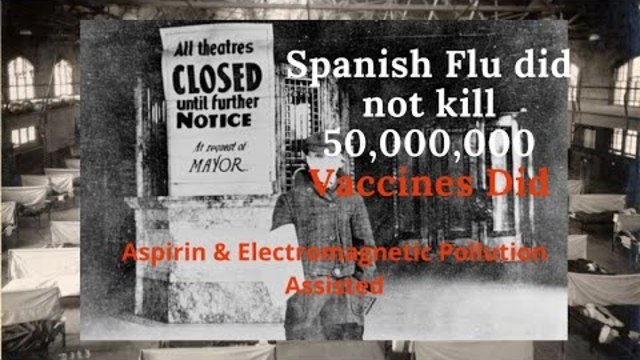 The Vaccine that killed 50 million

History of Pharma Cartel – WA Achievers Reblogged from source with Thanks Via: https://rebrand.ly/HistoryPharmaCartel